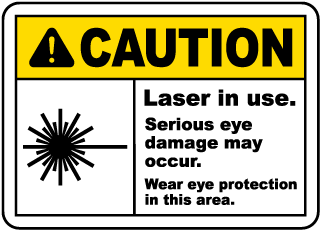 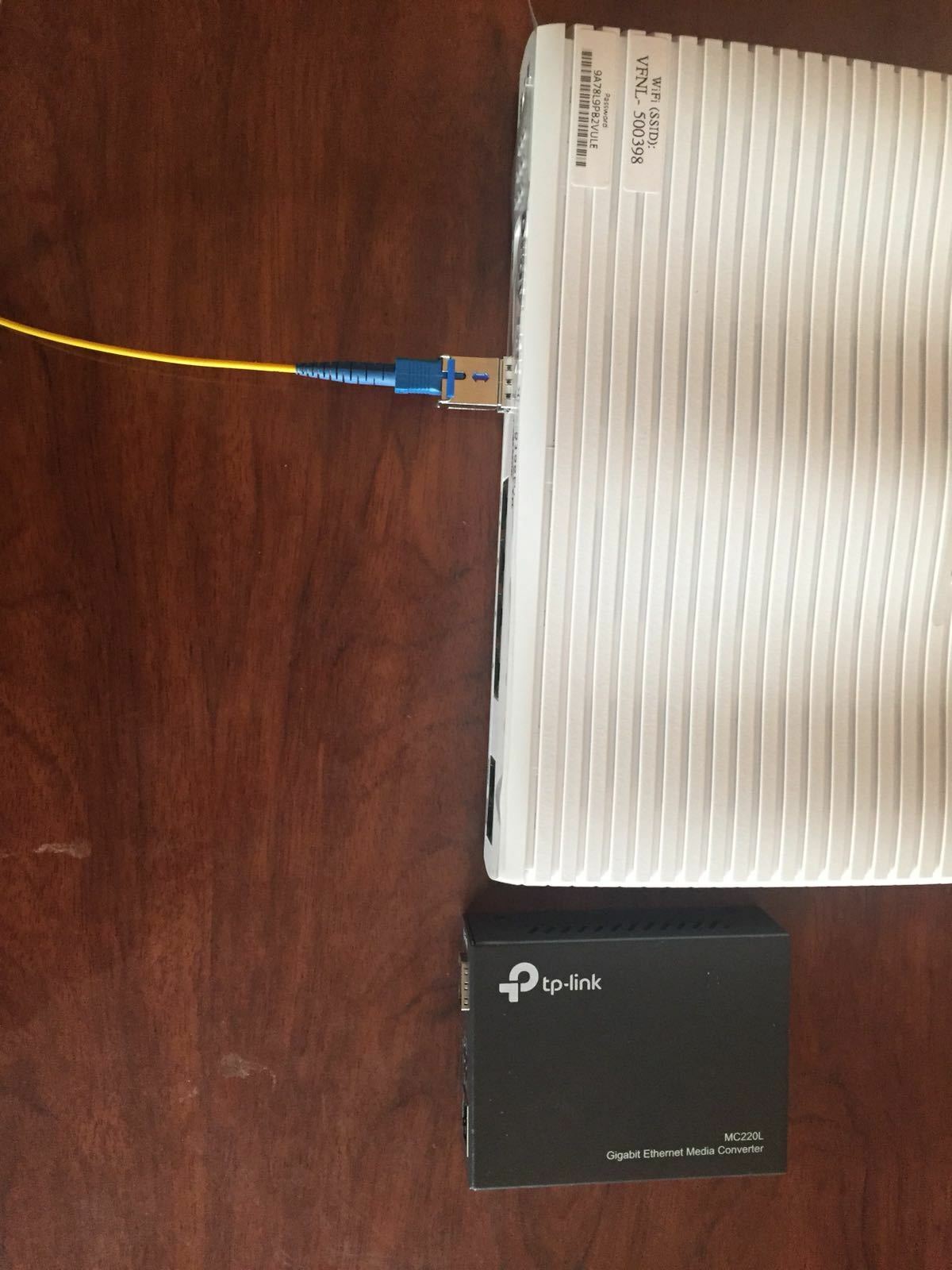 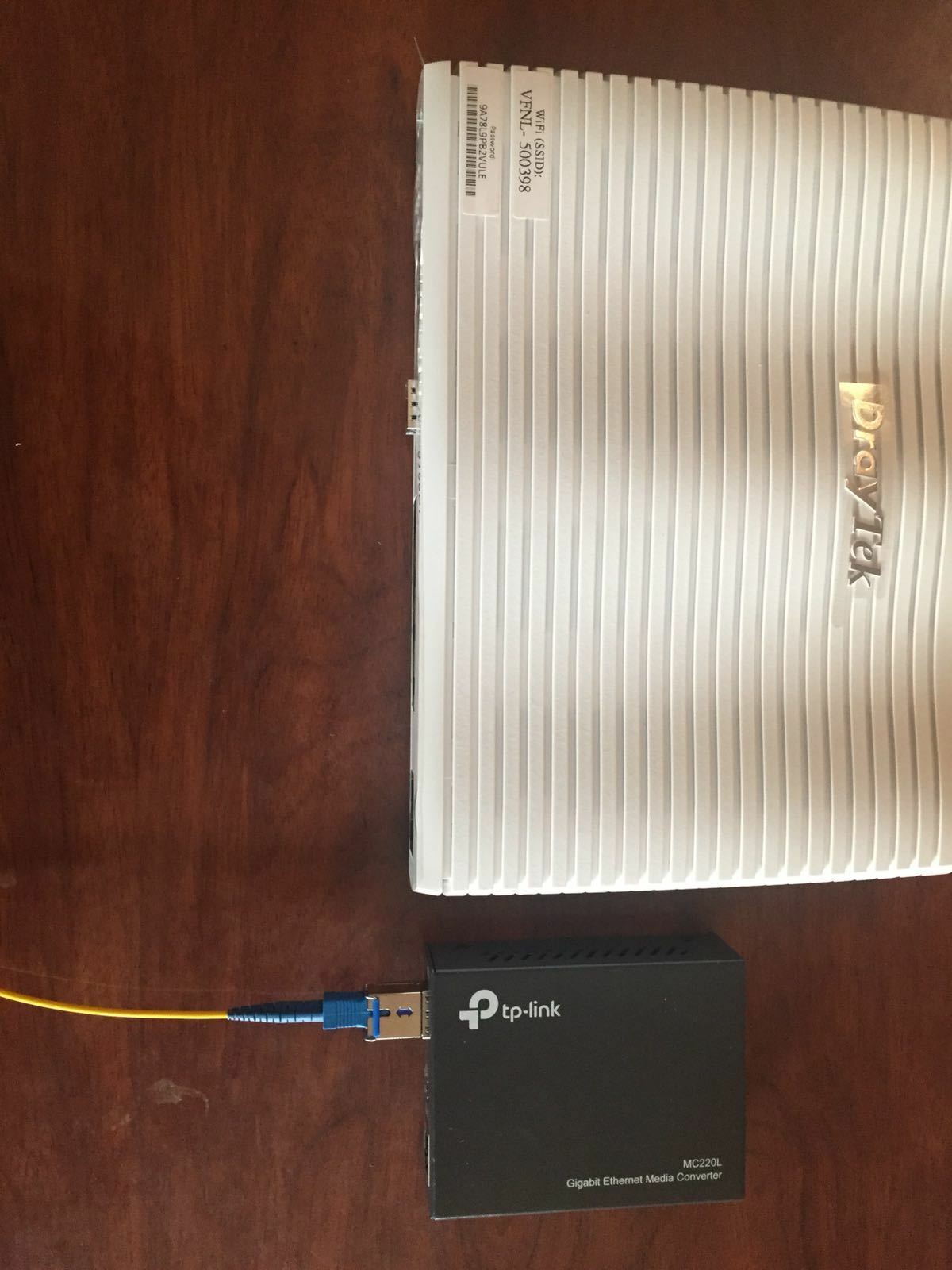 Hi Sorry for English, my Dutch isn’t good enough to ask this.

Sooooo, I have a google WiFi mesh system as my house is too big for just a Draytek and a Fritz box. I have spent a lot of money installing the google WiFi system and I cannot afford to change this already.

Google WiFi keeps losing Internet signal, google have told me it’s due to a double NAT issue, because I am using my Draytek router upstream of my google WiFi mesh system. Google advised me to put the Draytek in bridge mode. However, T-Mobile have told me this is not possible. They advised to buy a media converter and my own router if I want to put it into bridge mode. I have bought a TP-Link media converter and Archer C1200 router. I have set this up according to the instructions from hidden.NL. I have been able to get the Internet working through the google WiFi, and the TV to work. However, there is no option to put the TPlink into bridge mode. I have tried putting it in AP mode, but then I loose both the Internet and TV, so this does not work.

With the TP-link and media converter upstream of the google WiFi I still have the double NAT issue and the Internet keeps dropping out through the google WiFi. So I am no further forward.

Google have told me to assign an address reservation for Google WiFi  in the TPlink router and then an enable DMZ, forwarding it to the static address assigned to the google WiFi, but apparently this still results in double NAT. Google then told me to port forward to 5222 in the TP-link, but this has not resolved the double NAT either.

I have 2 questions to resolve this issue.

To get this up and running we need some sort of device that can handle the VLAN splitting so we can keep IPTV, but it needs to pass Internet straight through to google WiFi, so google can create a network and manage it without without prior upstream network management.

Is it possible to get a managed switch, to replace the Draytek modem, that is compatible with VLAN and IPTV and is also programmable to port forward the V300 channel to google, allowing google to manage to the network and alleviate the double NAT problem? This would be set up like so: Media converter>managed switch then 1 off to TV and one off to google WiFi. Also, where would I obtain the settings to set this up? Can anybody recommend a switch that is simple and easy for a networking novice to understand if this is possible?

Or is there a setting in the Tp-link router that I am not aware of that will allow this to work.

Alternatively is it possible to buy a modem router to replace to Draytek/Tp-link that has a fibre port and will go into bridge mode and still manage the VLAN/IPTV.

Thanks for your help!

I moved your question to this topic.

Are you also losing connection when you have only connected your Draytek modem without the extra hardware?

No I don’t, but the Draytek modem only reaches to the first floor of my house, and not very well, I need Internet on four floors of the house :(

After putting a modem/router in bridge mode only one LAN port will be sending out the signal.

I think the best option is to connect a managed switch after the mediaconverter and tag vlans to the ports.

If you look on internet there are plenty of switches with VLAN functionality, I don't have one so i cannot tell you which one the best is.

There are expensive ones and cheaper ones so its better to take a look yourself just ensure it has all the features you want.

So just to confirm this would look like Media converter → managed switch - google WiFi and I will eliminate the need for a router and this will resolve the double NAT :D

Im a bit confused lol, the google support page says that the switch should be placed after the modem/router to seperate the vlans. They probably mean when every port has iptv signal and internet signal.

On the Draytek modem port 1 and 2 are only internet, 3 and 4 are only iptv so connecting google nest to port 1 should work and on the tp link you can also choose which port is for internet and which for IPTV.

Looks like its something else and a switch will not work maybe.

Hey! Just to let you know after 2 years I have finally solved the double NAT issue.

We removed the Draytek/TP-link router and bought a NETGEAR GS108E Managed switch with VLAN capability. We configured VLAN 300 to the LAN out which goes to the google WiFi mesh system and physical ports 6,7 and 8 of the switch to VLAN 640 for IPTV. The WAN in port was configured to all VLANS.

Google Mesh now displays the WAN address as the one assigned by T-Mobile and not my router.

Network stability is the best I’ve seen and my speeds are out of this world.

I was able to configure port forwarding in google WiFi for call of duty and call of duty now shows and open NAT.

Thanks all for your help!

I thought a switch wouldn't solve it but great to hear.

I think in this case the media converter serves as the modem :)

Hi , nice job in figuring it out! I have to say I'm very curious, am I understanding correctly that you're running the Netgear GS108E directly off of the Media Convertor? I'm suprised that works honestly.

I know the GS108E that has it's own chipset so it can handle routing but I didn't know it could actually replace a modem/router entirely!

Yes, the Netgear switch has replaced the Draytek. Google WiFi is also a router, so the switch is just there to add the VLAN before it goes to google to be routed around my house.

A modem converts the signal right? Therefore I see the media converter like a very simple modem. So in my eyes it looks like media converter (modem) —> switch to add VLAN and send signal to IPTV boxes and google WiFi —> Google WiFi (wireless router).

If it didn’t require VLAN google WiFi would plug directly into the media converter. (Or if google WiFi supported VLAN).

As a novice this is how I came to the conclusion to try this, but I may be very wrong about why it works, what I do know is that it does!

The media convertor is just there to switch the signal from fiber to UTP and doesn’t have any routing capabilities. It might be the Google Wifi that’s doing the job now then I guess. But hey whatever works!

Enter your username or e-mail address. We'll send you an e-mail with instructions to reset your password.